In 2021, they applied for permission for planning permission to install a Steam Methane Reformation (SMR) unit to produce hydrogen at the Albury wellsite. Read more on the Weald Action Group website.

For the 2016 application, IGas anticipated that the well will generate about 20 tonnes of compressed natural gas per day. Gas will be compressed on site and loaded onto two tankers seven days a week and taken by road to be injected into the gas grid at Portsdown Hill (Hampshire), a facility specifically designed to allow the connection of remote gas production sites to the gas grid without the need for a physical connection.

In 2021, IGas applied for planning permission to produce hydrogen at the two sites. Read more on the Weald Action Group website.

In January 2017, Angus drilled a side-track (horizontal well), without gaining planning permission, despite having been told by Surrey County Council Planning Department that planning permission was required.  The breach was spotted by members of the protection camp and investigated by local campaign group Brockham Oil Watch. Councillors granted retrospective permission for the sidetrack in August 2018, despite the chair of the planning committee labelling Angus the “least reliable hydrocarbon operation the council has dealt with”. Councillors also granted Angus permission for a three-year appraisal period.

However, in June 2019, Angus announced it was looking to sell its 65% interest in the Brockham licence to an unnamed third party, saying “it is extremely unlikely that commercial hydrocarbon flow can be established from the Kimmeridge layer at Brockham”. This appeared to confirm what campaigners have said all along – that it will not be possible to commercially produce from the Kimmeridge without hydraulic fracturing or acid stimulation.

In October 2021, Angus announced that it is applying for planning permission to produce oil from the BRX4 well until 2036. They also said they intend to plug and abandon part of the controversial BRX4z borehole, part of which targeted the Kimmeridge formation. In January 2021 they announced they were considering selling the company, including its interests in Brockham as well as Lidsey in West Sussex and Saltfleetby in Lincolnshire.

The plans were originally expected to be decided by Surrey County Council in August 2019, but the decision was postponed numerous times. The application finally came to the Planning Committee on 29 June 2020 – and was refused permission. In August, the decision was ruled invalid following technical problems during the committee meeting, which was conducted online. The decision was taken again on 27 November 2020 and was again refused. UKOG appealed the decision, an inquiry was held in July 2021. The appeal has been has been referred to the Secretary of State for Levelling Up, Housing and Communities, Michael Gove. Mr Gove will now make the final decision, based on the Planning Inspector’s report.

In September 2019, HHDL was granted planning permission for four more oil wells, plus one wastewater reinjection well and 20 years of full production. This decision was challenged in the High Court by a local campaigner. Her case was dismissed by a judge but she was given permission to appeal. This Appeal too was dismissed and she is considering taking the case to the Supreme Court. 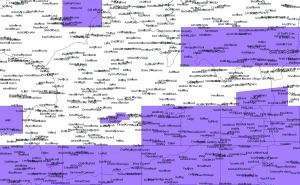