John Ashton, a career diplomat who served as the UK’s Special Representative for Climate Change from 2006-2012, had prepared a speech for a meeting in Sussex on the health effects of fracking, but was unable to attend because of family illness. His speech was read by a resident of Balcombe, the village renowned for its protests against fracking. You can read the full text below.

Other speakers at the meeting included an advisor on health and energy for medical charity Medact; the Executive Director of CHEM Trust; and a GP from Ryedale in Yorkshire, an area on the front line of fracking. Read a report of the meeting in the Mid Sussex Times

END_OF_DOCUMENT_TOKEN_TO_BE_REPLACED

Island Gas Ltd has submitted additional information in support of its application for the production of Compressed Natural Gas at the Albury Park Wellsite, East of New Road, Albury, Surrey. The new information covers restoration and aftercare of the well site.

You can read the information and submit comments here: http://planning.surreycc.gov.uk/planappdisp.aspx?AppNo=SCC%20Ref%202015/0230

Look under the ‘Attachments’ tab and note that the newest documents are listed last.

For more information on the Albury site, see this page: www.frackfreesurrey.com/fracking-in-surrey

Gatwick oil ‘could add billions’ to UK economy, said a headline on the BBC website yesterday.

The article was discussing the findings of a report by EY, commissioned by UKOG and based on UKOG’s own assumptions.

END_OF_DOCUMENT_TOKEN_TO_BE_REPLACED 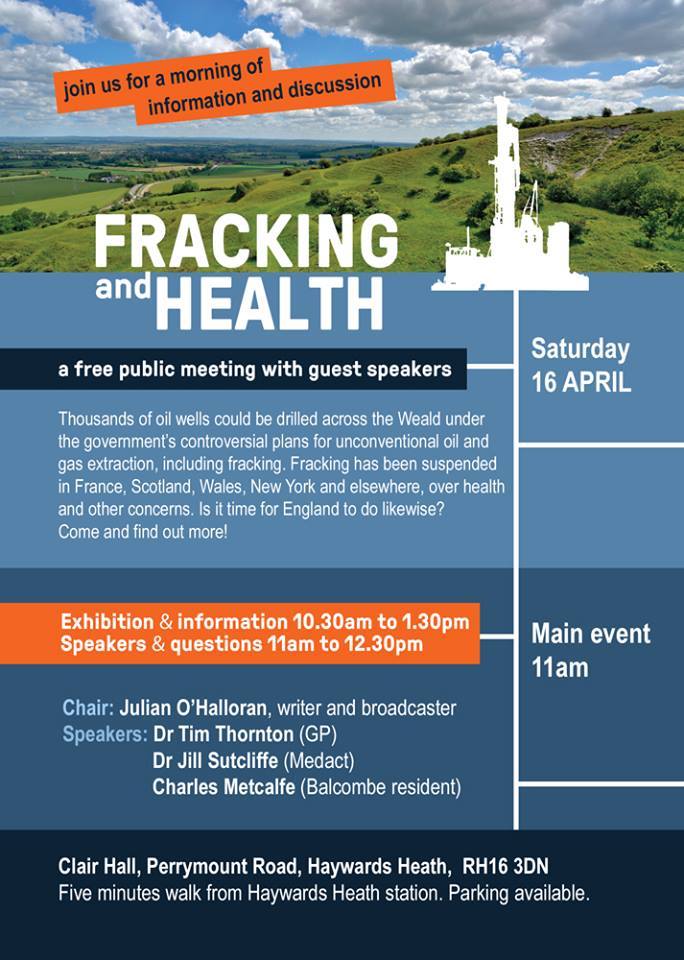