Keep fossil fuels in the ground!

A group from two local Green Party branches visited the Horse Hill site on Sunday.  You can read a report on the Reigate & Banstead Green Party website 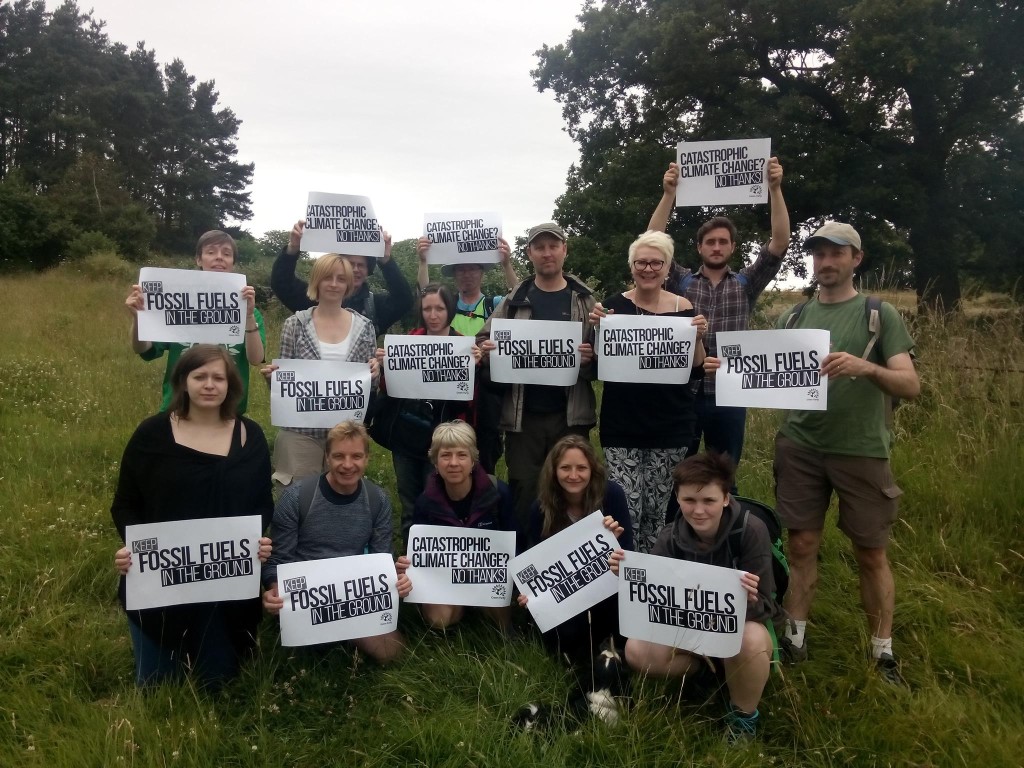 Keep fossil fuels in the ground!

The following is an excerpt from a press release from UK Oil & Gas Investments plc (UKOG):

“Schlumberger has estimated a gross overall oil in place (“OIP”) for the Jurassic section of the well to be approximately 271 million barrels of oil (“mmbbls”) per square mile.

“A total of 255 mmbbls gross OIP lies within the tight limestone and mudstone plays of the Kimmeridge, Oxford Clay and Lias. The balance is in the Upper Portland Sandstone discovery previously announced. This figure of 255 mmbbls per square mile can be compared with the OIP estimated by Nutech Ltd and previously reported in April 2015 as gross 158 mmbbls per square mile.

“Oil in place hydrocarbon volume estimates should not be construed as recoverable resources or reserves.”

“We are pleased to note that Schlumberger… has confirmed the order of magnitude of the earlier work conducted by Nutech.  Taken together these independent estimates continue to suggest a significant oil potential in the unconventional Jurassic sequence in the Horse Hill area and may have wider significance in the Weald Basin generally.”

“It is important to remember that these figures are estimates and not confirmed reserves.  But regardless of the size of the oil field, there’s no justification in digging it up.

“We oppose the expansion of both conventional and unconventional oil exploitation in East Surrey and across the Weald.

“To prevent climate change we need to leave between two thirds and four fifths of our fossil fuels in the ground. We need urgently to rethink energy policy, reduce energy consumption, and speed up the transition to a clean, green economy based on renewable energy.

“Let’s follow the example of Balcombe, the village which said no to fracking and is now demonstrating that they can meet all their electricity needs with solar energy – and still have some to spare.”